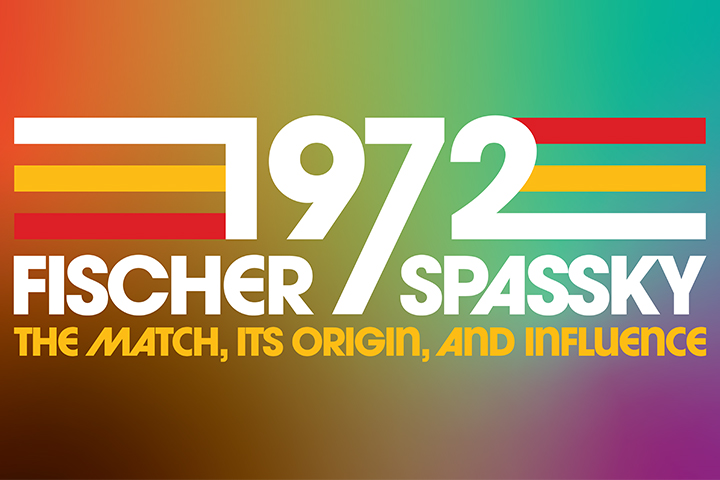 Plus, tickets to a special celebration at the World’s Fair Pavilion in Forest Park on Thursday 1 September, the official anniversary of Fischer’s victory in the World Chess Championship, in conjunction with the opening reception of the Sinquefield Cup 2022are available for purchase.

1972 Fischer/Spassky: The match, its origin and its influence celebrates the 50th anniversary of the American Robert “Bobby” Fisher Historic victory over the Russian Boris Spassky at the legendary 1972 World Chess Championship, ending 24 years of Soviet dominance in the sport. The show features more than 500 artifacts, including chess pieces used in the pivotal third game of the “Match of the Century”, a replica tournament table created by the creators of the original and unreleased books from Bobby’s personal library. Fisher. The exhibit also highlights pieces from the World Chess Hall of Fame collection, loans from the Fischer Library of American Chess Hall of Fame inductees. Dr Jeanne Cairns Sinquefield & Rex Sinquefield and Fischer’s photojournalist and confidant Harry Benson ECB and works of art recently donated by the LeRoy Neiman and Janet Byrne Neiman Foundation.

“We are honored to celebrate the 50th anniversary of Bobby Fischer’s historic victory in chess,” said Shannon Bailey, chief curator at WCHOF. “The exhibit will explore the 1972 World Chess Championship, Fischer’s formative years as a chess prodigy, his ties to St. Louis, and his lasting legacy and impact on American chess.”

Other highlights of the exhibit include a rare audio interview of Fischer after his victory in the 1972 World Chess Championship, which Grandmaster Lubomir Kavalek, who also assisted Fischer in the second part of the match, gave. covered as a journalist for Voice of America. Artifacts related to Bobby Fischer’s early training and accomplishments, including furniture from the Hawthorne Chess Club, founded by the US Chess Hall of Fame inductee John “Jack” Collinswhere Fischer spent hours a day playing and analyzing games, will be on display.

“Bobby Fischer’s meteoric rise from promising young player to king of the chess world has brought new respect and media coverage to the game in the United States,” said WCHOF curator Emily Allred. “The spectacle of an American taking 24 years of Soviet chess dominance gained resonance at a time when the two countries were competing in politics, technology, space exploration and sports. .”

To find out more about the exhibition or its events, go to www.worldchesshof.org. For media interviews or a press kit, please contact Brian Flowers at [email protected] or (314) 243-1571.

About the World Chess Hall of Fame

The World Chess Hall of Fame (WCHOF) is a 501(c)(3) non-profit organization committed to raising awareness of the cultural and artistic significance of chess. It opened on September 9, 2011 in the Central West End after leaving New York, Washington, DC and Miami. Housed in a 15,900 square foot historic residence-turned-business in the Central West End neighborhood of St. Louis, WCHOF features World Chess Hall of Fame inductees, United States Chess Hall of Fame inductees selected by the US Chess Trust , artifacts from the permanent collection and exhibits showcasing great players, historic games and the rich cultural history of chess. The WCHOF joins the St. Louis Chess Club deliver innovative programming and broadcasting to local, national and international audiences. Learn more online at www.worldchesshof.org and on our Facebook, instagram, Twitter and Youtube canals.

As the 11th world champion from 1972 to 1975, Bobby Fischer interrupted Soviet Cold War hegemony in chess. His phenomenal talent manifested itself from an early age. He won the US Open in 1957 and was the youngest to win the top spot in the US Chess Championship in 1957/58. He went on to win all eight United States Chess Championships he entered, and in the 1963/64 competition he became the only player to achieve a perfect score in the event. My 60 Memorable Games, authored by Fischer in 1969, is widely regarded as one of the greatest pieces of chess literature. He made valuable contributions to opening theory and was renowned for his opening preparation and endgame technique. 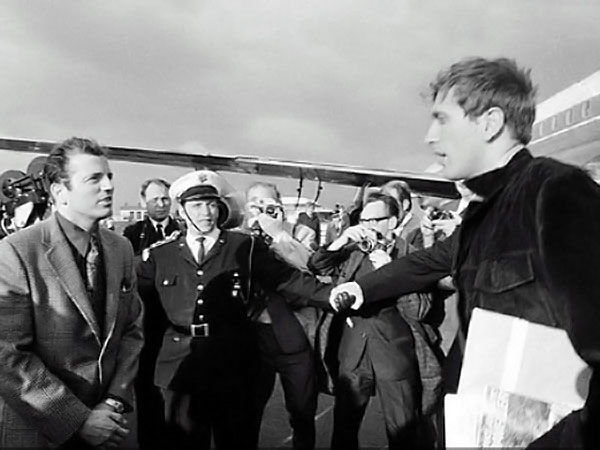 Fischer is best known for winning the 1972 World Championship, beating Boris Spassky in the most famous match of modern times. From 1970 to 1971, Fischer won 20 consecutive matches in world championship qualifying events, an all-time high. These included victories over world-class players such as Mark Taimanov and Bent Larsen. After beating former world champion Tigran Petrosian in the 1971 Candidates match, there was a record 125-point gap between the ratings of number one ranked player Fischer and Spassky, the second ranked player. The first non-Soviet player to win the title in 24 years, Fischer won the championship after 21 games. His thrilling rise to the top of the chess world and his historic victory in the “Match of the Century” greatly increased the popularity of chess in the United States. Fischer’s world championship victory was particularly impressive given that the American player lacked the state support that the Soviet Union offered its champions. While there were only 5,000 registered players in the United States in 1960, there were five million in the Soviet Union in the same year, making training for its eventual world championship even more difficult. .

Fischer refused to defend his world championship title in 1975, retiring from the chess scene until 1992, when he faced – and defeated – Spassky in an unofficial rematch in Yugoslavia. Since that country was then under a United Nations embargo, his participation violated an executive order of President George H. W. Bush, and Fischer spent the rest of his life in exile to escape prosecution in the United States. Although his reputation suffered in his later life, his accomplishments on the chessboard cemented his reputation as one of the game’s greatest players.

Amazon buying One Medical continues a bad trend in healthcare