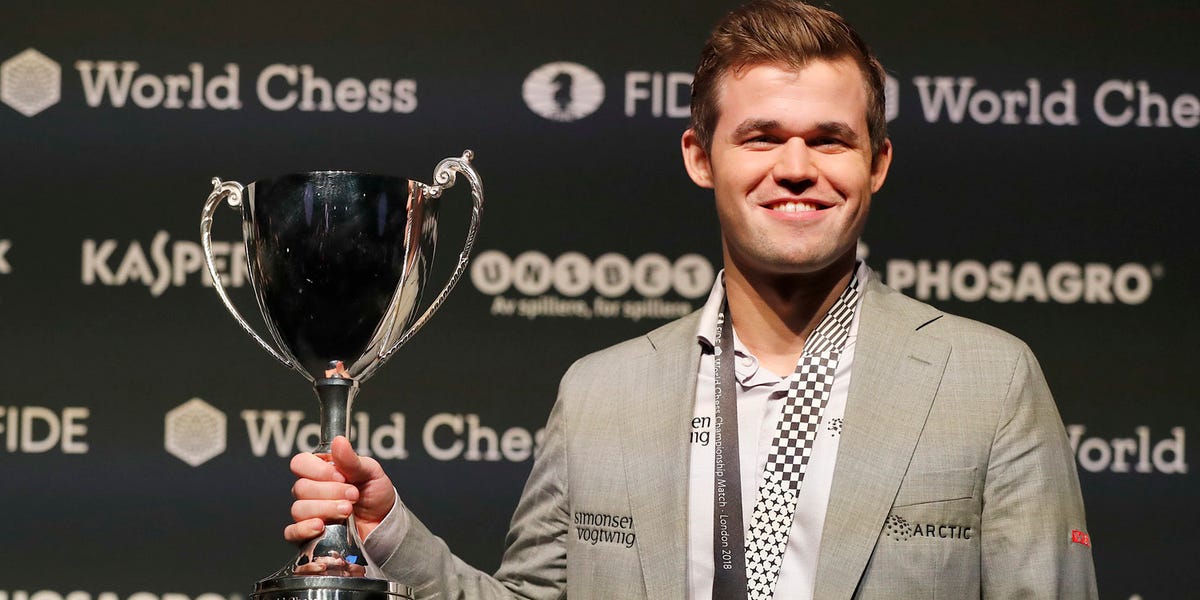 The best chess player in the world, Magnus Carlsen, now No. 1 in fantasy football

Magnus Carlsen announced on Sunday that he was first in the Fantasy Premier League (FPL), which has 7.2 million players, after benefiting from two goals from his captain, Liverpool FC striker Mohammed Salah.

His team, called Kjell Ankedal, is currently made up of a mix of Liverpool, Tottenham Hotspur and Leicester City players who have helped him to 1159 points so far.

They are just one point ahead of former Liverpool player Nick Tanner’s side, which they overtook on Sunday.

The 29-year-old changed his bio on Twitter to: “World Chess Champion. Highest ranked chess player in the world. Current (live) #1 player in the Fantasy Premier League.”

Fans have been pestering Carlsen, who is the current world chess champion, to reveal his secret, but he claims it’s just part luck, part data analysis.

“Since a lot of people are asking about my #FPL strategy, mine isn’t that groundbreaking, part stats and part intuition. Part @Opta-mist and part bullish. Patent pending,” he said. he tweeted on Dec. 9.

Carlsen was referring to Opta, a sports data company.

Carlsen is widely considered one of the best chess players in history and was a child prodigy.

“In chess you know when you’ve done well and when you’ve done badly, but it’s hard for me to praise fantasy league, when I was just lucky,” Carlsen told Norwegian television in October when it premiered entered the top three places.

“I played 5 with him and I can tell you he is extremely competitive in everything he does so he will only be in fantasy football to win it.”

“It’s no surprise he’s good at it. Chess is about making decisions, finding the most effective choices, and learning from your mistakes and the mistakes of others.”

How To Quickly Improve Your Chess Game