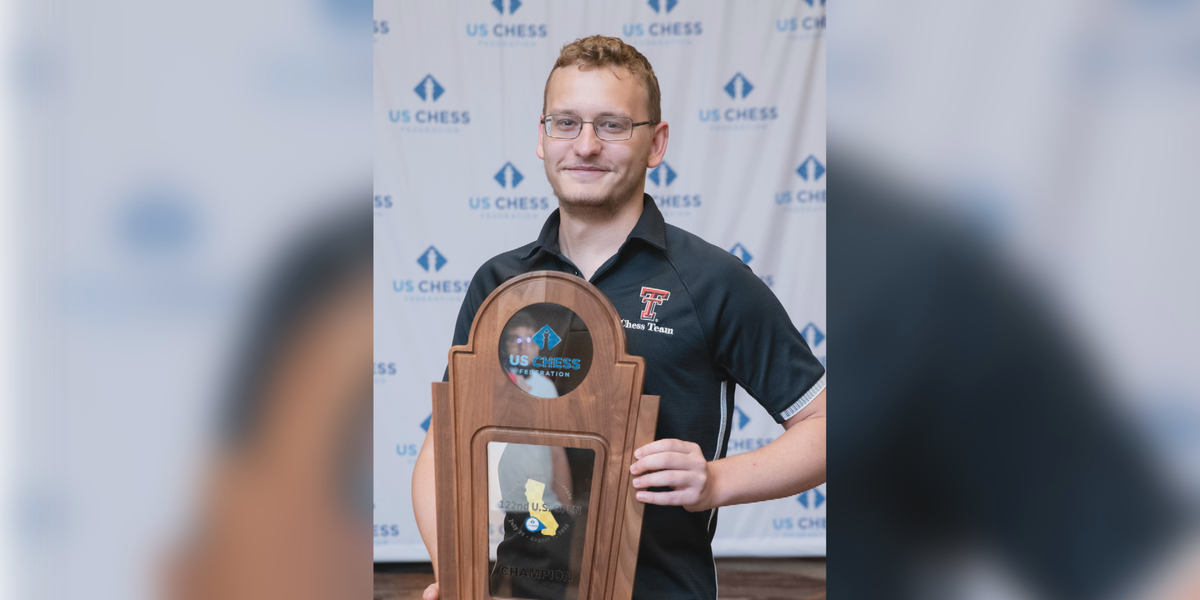 LUBBOCK, Texas (KCBD) — Texas Tech student and grandmaster Aleksey Sorokin is this year’s US Open chess champion. The senior outlasted over 400 players to bring the top prize back to Lubbock. He entered the Rancho Mirage, Calif., tournament in early August unbeaten with seven wins and two draws. He tied for first with Grandmaster Elshan Moradiabadi and defeated his opponent in an Armageddon match to win the title.

Sorokin grew up in Barnaul, a city in Siberia, Russia, and started playing chess at the age of eight. He moved to the United States in 2019 to join the chess team at Texas Tech, feeling the heat as soon as he stepped off the plane. He had never heard of the university, until another Russian grandmaster, a foreigner, invited him to join the program.

“I’ve never met him before. He simply contacted me and said: “this is an opportunity to come here, to study and to play chess”. I decided it sounded interesting to study in America. That’s why I’m here,” Sorokin said. “I just love the game and on top of that I love winning, and I win a lot.”

He was part of the 2019 team that won the Pan American Intercollegiate Chess Championship. The only player on that team still in school, it was time for Sorokin to shine at the 2022 US Open.

“Basically it was a really huge playing hall and it was just one game, and maybe 30 to 40 spectators were watching. So I was a bit nervous, but when we started, yeah , here we go. I was just playing chess,” Sorokin said.

After several days of failures, seven wins and two draws, Sorokin won an Armageddon-style playoff for the crown. His trophy was too big for his carry-on. He must have given it to his teammate before their baggage got mixed up in Dallas, but he made it safely back to the Drane Hall chess program room.

The match before the final round, Sorokin challenged another Texas Tech player. He says the program recruits the best players from around the world.

“We’re like one of the biggest or strongest chess teams in America. So if you like chess, come here. We have a chess club. Just come to the chess office, and yes, we will teach you how to play,” Sorokin said.

On the non-competitive side, the chess club is called the Knight Raiders. Sorokin will graduate in the spring with a degree in computer science. He says chess training could be in his future, though.

“I believe that I am good at chess and I can also teach someone to be good. I really like the game and why not? Sorokin said.