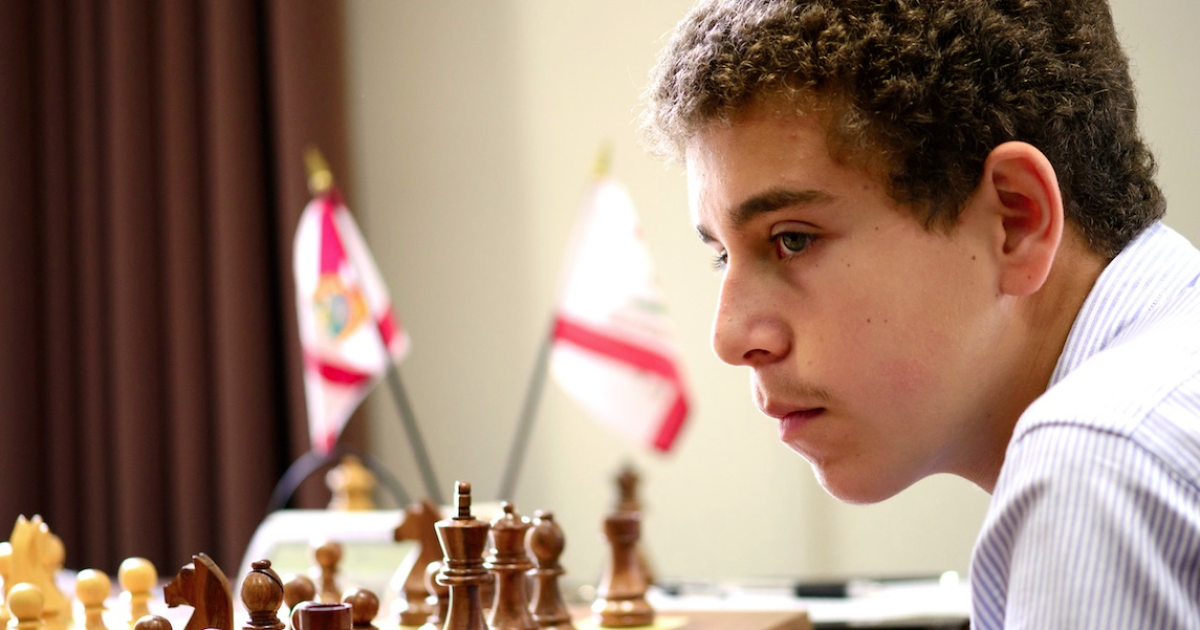 On chess: Checkmate at Christmas in the United Arab Emirates

Santa Claus is, almost certainly, a chess player. I can’t make that statement with absolute certainty as I’ve never seen the big guy above the board, but all the telltale signs are there.

Who else but a chess player could lay out such a carefully detailed plan of attack and, as far as I can tell, execute flawlessly year after year without any glitches. In fact, a 1908 column by Russel Ramsey in the Philadelphia Sunday Article pretends to be aware of a game played by the merry old man himself.

As an obvious chess fanatic, I’m sure Santa Claus followed the action at the World Youth Chess Championships in the United Arab Emirates, where a whole host of sweet little boys and girls from around the world are playing Christmas away from home.

The event, from December 17-29 in Al Ain, United Arab Emirates, brought together more than 1,800 of the world’s best chess players aged 18 and under to compete for the title of world champion in different brackets of age.

The United States has 94 representatives at the event – that’s 94 students (and their parents) who have chosen to travel to a foreign country to play chess this holiday season. That’s dedication.

After eight rounds, defending U.S. Junior Closed Champion Daniel Naroditsky is tied for second overall in Group One, the Under-18 Open division. Naroditsky, 18, of Foster City, Calif., recently won the grandmaster title just months after winning the closed junior championship, held at the Chess Club and Scholastic Center in Saint Louis in June. The win earned him the right to compete in the 2014 U.S. Championship, which will be held again in St. Louis in May next year. (Although Naroditsky is 18 now, he was under 18 at the time of the qualifying date.)

In 2007, Naroditsky won the world championship title at this event in the under-12 division, and he is looking to claim gold once again to cap off what has been one of the years the most successful of his young career.

Margaret Hua, 15, is the sole representative from St. Louis. Since the Chess Club opened in 2008, Maragaret has been making headlines as a phenomenon. She is still one of the best players in the country in her age group (ranked 23rd out of every girl in the country under 16), and she showed an ever-increasing dedication to the game.

Margaret won her Round 8 Christmas Eve battle against Cécile Hausernot of France to improve her score to 5/8, a fantastic performance considering she entered the tournament ranked 40e out of 119 in the women’s under-16 division.

Awonder Liang, 10, of Madison, Wisconsin, delivers the most impressive American performance to date. He’s a perfect 8/8 with just three rounds to go, and Awonder is no stranger to big-game pressure. He won this event a few years ago when he was crowned world champion in the under-8 division.

Awonder is one of the few students across the United States who have been handpicked by the legendary 13e World Chess Champion Garry Kasparov as part of the Young Stars – Team USA program. Kasparov meets with students face-to-face twice a year, once in St. Louis and once in New York, for hands-on training sessions designed to prepare them for the global stage. It seems to work.

The tournament ends on Saturday, December 28, and players return home the next day, just in time to celebrate the New Year with families and friends they may have missed.

In the meantime, let’s hope Santa can keep all those stockings straight.