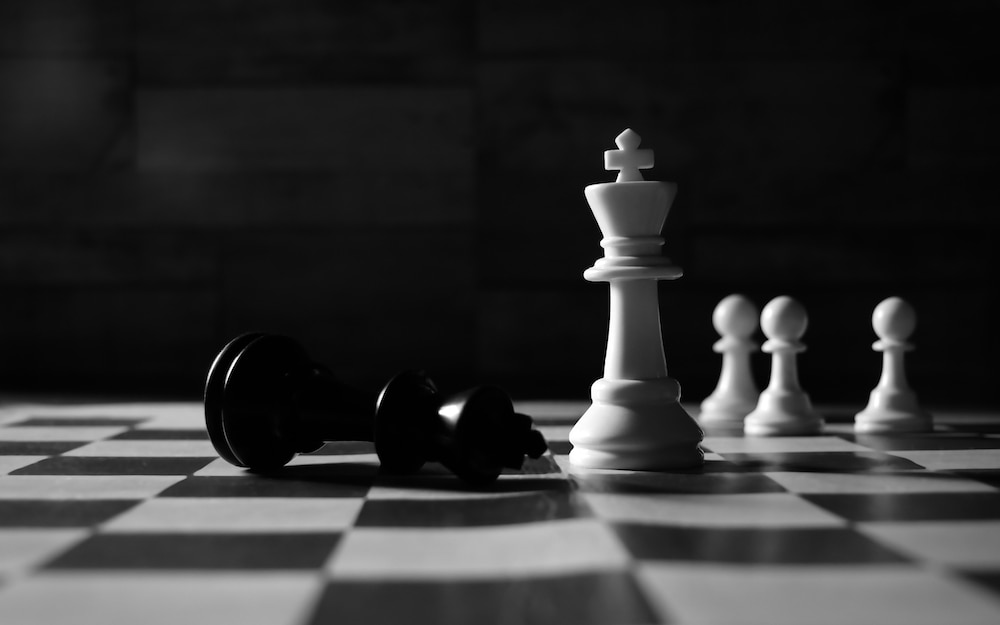 There are dozens of ordinary “English” words that originally come from languages ​​historically associated with Islam, such as Arabic, Persian, and Urdu.

These words cover various fields: from science and literature to food and furniture. Each article in this series will trace the history of one of these words and show how “Muslims said it first”.

In doing so, we hope to show that Muslims have never been strangers to the West; we are as inseparable from its culture, history and heritage as our words are from its languages. And our contribution to its development can be found in any dictionary.

Have you ever beaten someone at chess? Never summer beaten by someone in chess? Either way, you’ll know this shrill, resounding phrase, triumphantly targeting each of the vanquished’s ears in two haunting syllables: ‘Checkmate!‘

This victory cry announces the death of the defeated enemy king and marks the end of the game.

Call it a cruel irony of time then, or (more generously) history unique sense of humor, that various Western nations learned this phrase from those against whom they would one day deploy it in the most tragically appropriate way possible: through colonialism and abject cultural subjugation.

‘Checkmate’ came to English from Old French ‘chess mat‘ at some point in the middle of the 14th century. And ‘chess mat‘ comes from Arabic ‘الشاه مات’ (‘ash-shah maat‘ i.e. ‘the king is dead’).

Urdu speakers might also be familiar with the word ‘شامت’ (‘chamat‘) which originally meant ‘checkmate’.

It is still commonly used in the Urdu phrase ‘تیری شامت آئے گی’ (‘teri shaamat ayegi’) which basically means something like “your time will come” or “thou shalt be destroyed”. Literally, it means ‘your checkmate will come’ (ie ‘you will be mate’).

Regional variations of the Arabic phrase ‘ash-shah maat‘ can be found in almost every language in Europe. Old French’chess mat‘has become modern French’checkmate‘ (literally ‘check and mate’, as it is also sometimes called in English).

In this sentence, the verb ‘مات’ (‘maat‘ i.e. ‘he died’) will be familiar to speakers of Persian and Urdu as the cognate word ‘موت’ (‘Maut‘) that’s how you say ‘death’ in these two languages ​​as well as in Arabic. It appears several times in the oldest Arabic language book: the Holy Quran. A particularly memorable example can be seen in the following verse:

Let us now turn our attention to the other half of ‘ash-shah maat‘. Informed readers will have noticed that ‘الشاه’ (‘ash-shah‘) is not the usual way to say ‘king’ in Arabic; the typical word is ‘الملک’ (‘al-malik‘). So why isn’t it ‘الملک مات’ (‘maat al malik‘)?

The answer is that the Arabic phrase ‘ash-shah maat’ itself goes back to the Persian phrase ‘شاه مات’ (‘shah maat‘); ‘شاه’ (‘shah‘) is how you usually say king in Persian and ‘shah maat‘ is Persian for ‘the king is confounded’ (in other words, he has no idea what to do).

It would seem that Arabic speakers took the phrase from Persian and then forgot after a while that it was Persian; thinking it was Arabic instead, they assumed this meant the king was already “dead” when he had, in fact, simply been faced with the sudden realization that this would soon inevitably be the case. .

The word ‘مات’ (‘maat‘) has a variety of meanings in Persian, e.g. ‘confused’, ‘confused’, amazed’, ‘amazed’ etc.; Urdu speakers may be familiar with the phrase ‘مات دینا’ (‘maat dena‘ that is to say ‘overcome, confound’) which also comes from Persian.

To say that “the king is confounded” has a much deeper meaning than simply saying that “the king is dead”. This will be obvious to anyone who has played chess correctly: unlike what you might see in some videos, the checkmate king is not dramatically knocked down by the winner – doing so is actually considered rude by most people.

What actually happens is that the game is automatically declared over; many don’t even bother to remove the defeated king from the board like the other fallen pieces. There are no more movements; no enemy advances. They don’t need it. The defeated king is left alone on his small square: disoriented, directionless, confused and confused; not knowing what to do because there is nothing he can do now.

This is the true meaning of ‘checkmate.’

About the Author: Mansoor Dahri is an online editor for The Review of Religions. He recently graduated from UCL with a BA in Ancient Languages.