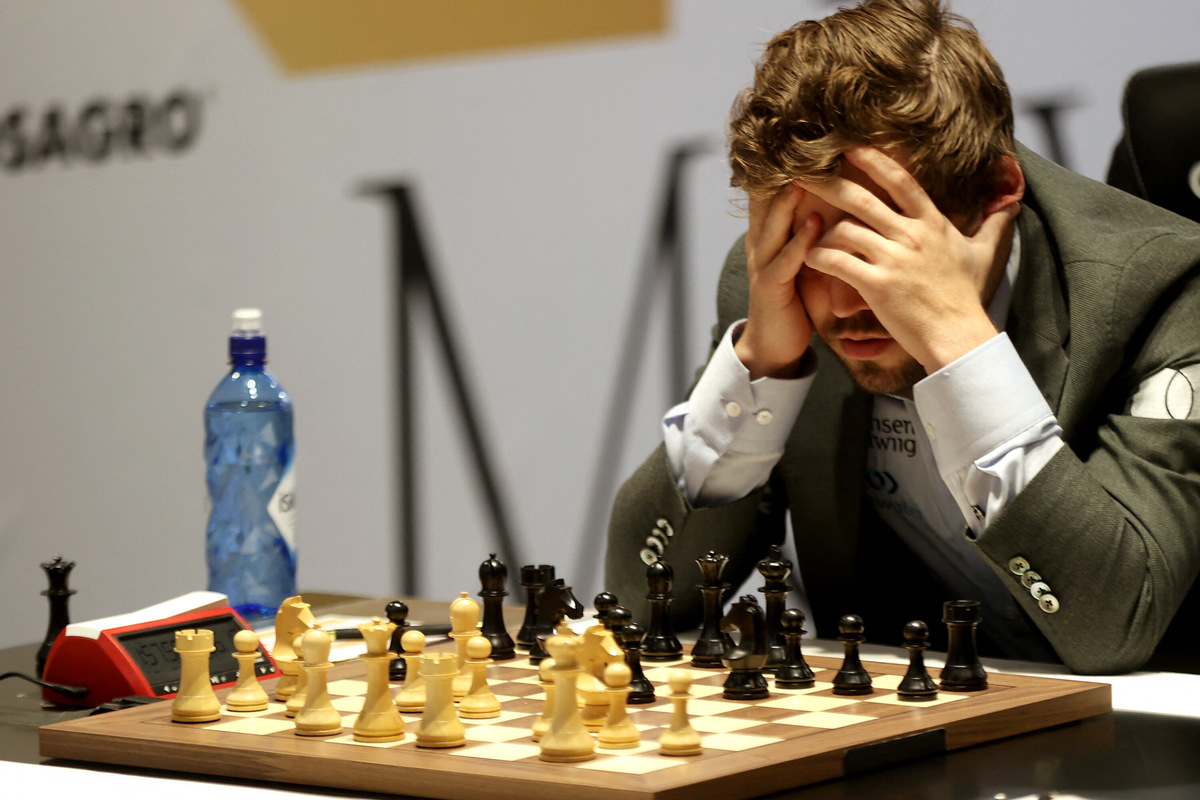 The Norwegian grandmaster pulled off checkmate of a different kind on Monday as he stunned the chess world by leaving a match after making just one move.

Oslo, Norway – Norwegian grandmaster Magnus Carlsen pulled off a checkmate of a very different kind on Monday as he stunned the chess world by leaving a match after making just one move.

The stunning moment was captured on video as Carlsen and his opponent, 19-year-old Californian Hans Niemann, faced off in the Julius Baer Generation Cup.

Carlsen stayed for about 10 seconds, enough to turn on his webcam and make a move, before suddenly pulling away and logging out of Microsoft Teams.

Shocked announcers Tania Sachdev and Peter Leko can be heard shouting “What?!” in disbelief as they scramble to find out what just happened.

“Magnus Carlsen just resigned. He got up and left. He turned off his camera and that’s all we know for now,” Sachdev said, adding, “It’s unprecedented. .I…I can’t believe it.”

Niemann, meanwhile, remained expressionless throughout the hubbub, before signing off. The young grandmaster appears to have become Carlsen’s nemesis and is at the center of what Greg Keener of The New York Times called “one of the biggest chess scandals in years”.

It all stems from a September 4 match between the two, which the American won, causing a major upset – or, depending on who you believe, a major scam.

Carlsen withdrew from this tournament immediately after the loss, and he strongly implied that Niemann had cheated. The five-time world chess champion isn’t the only one to think that.

Niemann has been banned from the world’s largest chess platform, Chess.com, and has already admitted to breaking the rules at least twice before. Sports watchers also point out that it is statistically unlikely for him to achieve results far beyond what his rating tells him he should.

As of now, Carlsen has given no explanation for his latest stunt. Then again, maybe he doesn’t need it: the message was sent loud and clear.

Lung Ultrasound vs Chest CT for Diagnosis of COVID-19 Pneumonia