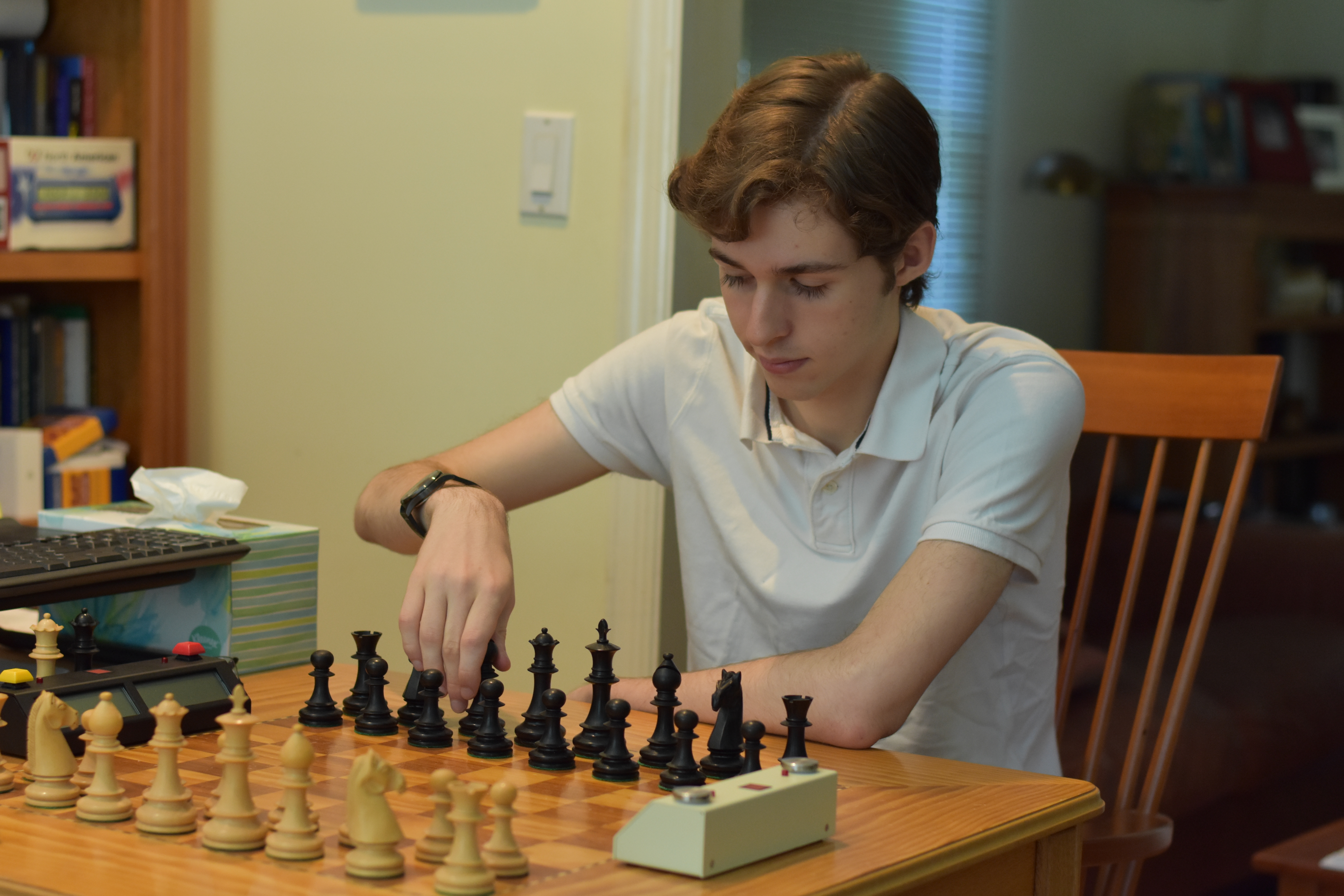 Nicolas Checa, a 17-year-old grandmaster chess player from Dobbs Ferry, is heading to the U.S. Junior Championship in St. Louis next month, where he will join the top 10 players in the country to compete for a $20,600 prize. .

“I’m optimistic for the start,” Checa said. “Since I played twice before, I know what the tournament is like, I know how to approach it.”

In addition to his experience with this particular tournament, however, Checa is already a very successful player.

Checa began playing chess at home when he was four years old and soon began participating in local school tournaments while still in elementary school.

“They were usually local, they were usually around Westchester,” Checa said. “And then once I stopped playing and started playing in adult tournaments and higher level competitions, I really grew as a player a lot.”

One of the ways Checa has developed as a player is through reading. Pointing to a large library overflowing with books, Checa explained that all of these books were about chess and contributed to much of his growth.

“Especially when I was younger, I really devoured a lot of [the chess books] so I think that definitely played a role in my development,” Checa said. “Also, it’s kind of a thing that the more you practice, the more you play, the more intuitive things become.”

Checa practices chess with a computer. He says that at this point computers are better at chess than humans and there is a lot to learn from playing with them.

However, humans and computers are not the same.

“Well, humans are much more fallible in the sense that they’re going to make mistakes,” Checa said. “It’s almost inevitable.”

These different variables make the game more complex, which is one of the many things Checa enjoys about chess.

“I think the competitive nature is definitely one of the most interesting parts of the game,” Checa said. “I think there’s also the kind of cerebral analytical part that makes it more interesting than the more mainstream hobbies.”

The intuitive aspect of chess, however, did not come to Checa naturally but is something he has developed over time. Although he doesn’t keep a consistent plan for his practice, Checa sometimes spends up to five or six hours a day in chess.

“For me, it’s always been something I liked, so I do it how I want,” Checa said. “No, like a chore with the calendar or whatever.”

Clearly, his appreciation of the game has taken him far as he faces the best in the country early next month.

“I’m very excited about this tournament,” Checa said. “It’s always been a real pleasure to play there and I can’t wait to go back.”