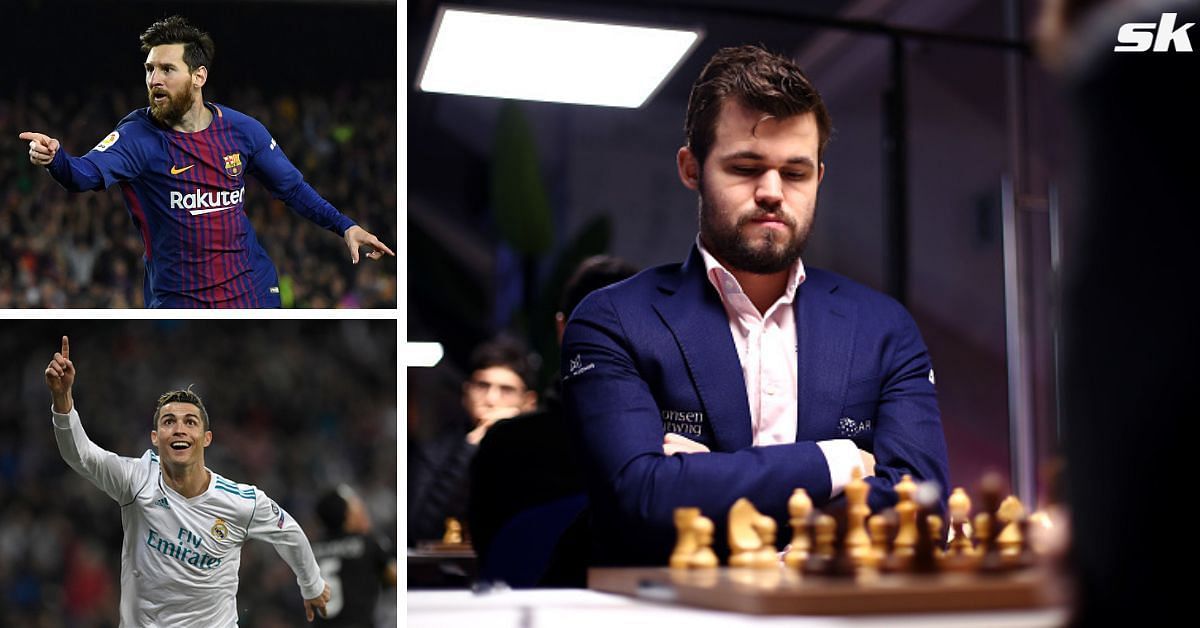 “I always thought Messi was better”

The Lionel Messi vs. Cristiano Ronaldo GOAT debate continues to make headlines. In an interesting twist, legendary chess player and Real Madrid fan Magnus Carlsen, who once declared the Portuguese his favorite player, says he was coerced into saying so by the club.

Carlsen was a huge supporter of Real Madrid during the Ronaldo era, especially when the striker’s rivalry with Messi was at its peak. Despite his affiliation with Los Blancos, Carlsen believes the Barcelona legend is the better of the two players and has decided to make it known now.

🗣♟ Magnus Carlsén, the greatest chess player of all time and also a Real Madrid fan, admits that Messi is the best ever, but also how he was forced to say Ronaldo was his favourite.

The Norwegian grandmaster and five-time world chess champion is said to have an IQ of 190. Speaking on the Lex Fridman podcast, he was asked to name the greatest player of all time. Without hesitation, he took the name of former Barcelona maestro Messi.

“I think it’s quite difficult to defend anyone other than (Lionel) Messi for his all-around game,” he said.

Carlsen further spoke about his fondness for Real Madrid, saying that although he loved Ronaldo, he was still of the opinion that Messi was better. He said:

“My Real Madrid fandom kind of predates the Ronaldo era – the second Ronaldo, not the first (Ronaldo Nazario). I always liked Ronaldo, but I always thought Messi was better.”

The Norwegian went on to talk about Real Madrid asking him to mention Ronaldo as his favorite player during interviews.

“I went to a number of Madrid games, and they were always very helpful to me there,” he said. “The only thing is they were going to do an interview and they were going to ask me who my favorite player was. I said someone else, I think it was Isco at that time , and they said, ‘Okay, take two, now you say Ronaldo.’ So for them it was very important, but it wasn’t that huge for me.

Cristiano Ronaldo vs Lionel Messi in GOAT debate: Who has the edge?

Cristiano Ronaldo leads in terms of total goals scored. The 37-year-old has 815 goals to his name for club and country, compared to 773 for his rival. The Argentine, however, leads the assist chart with 369 which is way more than his counterpart’s tally of 253.

The Argentine also has more trophies (41:30), Ballon d’Or awards (7:5) and more European Golden Boots (6:4), among others. For this reason, he is considered by many to have a slight edge in the GOAT debate right now.

This season, Messi has scored four times in five games in all competitions for PSG, Ronaldo is yet to open his account after four games for Manchester United.

Checkmate in the old fashioned game

Learn from the blunders of the super grandmasters