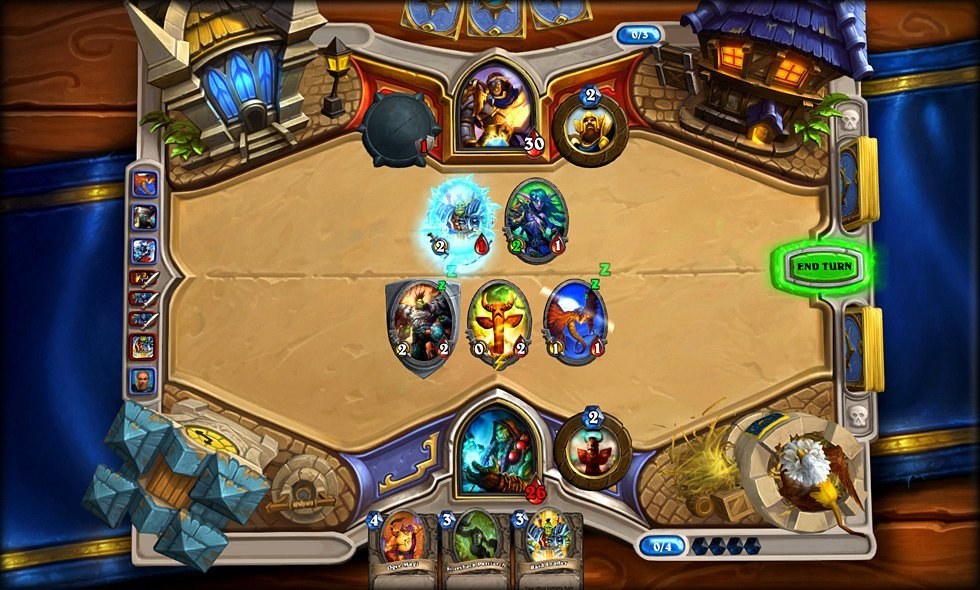 Rumors are swirling that Blizzard is planning to jump into the Auto Chess genre by releasing a Hearthstone-themed version of the game, with the announcement supposedly coming to Blizzcon.

Auto Chess has become one of the biggest gaming genres over the past year, with Riot’s Dota Auto Chess and Teamfight Tactics attracting hundreds of thousands of viewers on Twitch, and just as many gamers.

With Auto Chess showing no signs of slowing in popularity, rumors suggest that Blizzard will be the next developer to jump on the bandwagon, and we could see an announcement on November 1st at Blizzcon.

Rumors suggest that Hearthstone players may soon have a new mode.

In a tweet posted by gaming analyst Daniel Ahmad, the China and Southeast Asia gaming market expert explained how Hearthstone’s upcoming dragon-based expansion looked promising, before drop a major Auto Chess hint using an image of a real chess board.

“The Hearthstone expansion looks pretty good,” he posted on Nov. 1. “All about dragons with a focus on Galakrond as a special hero card for evil classes.

I should add that the above Hearthstone expansion won’t be the only new Hearthstone content to be revealed. pic.twitter.com/K5arJYwQfL

A number of major announcements are set to be made across Blizzard’s many franchises, with two major titles set to receive new entries. Overwatch 2 has been heavily rumored, while major leaks suggest Diablo 4 will also be announced this weekend.

Of course, none of these rumors or leaks have been confirmed by Blizzard themselves, so it’s worth taking them all with a grain of salt as they may be inaccurate, or the developer might choose to announce them at a different time. .

BlizzCon 2019 officially kicks off on Friday, November 1 at the Anaheim Convention Center in Anaheim, CA. You can make sure you don’t miss any of the major announcements with our dedicated BlizzCon 2019 hub.