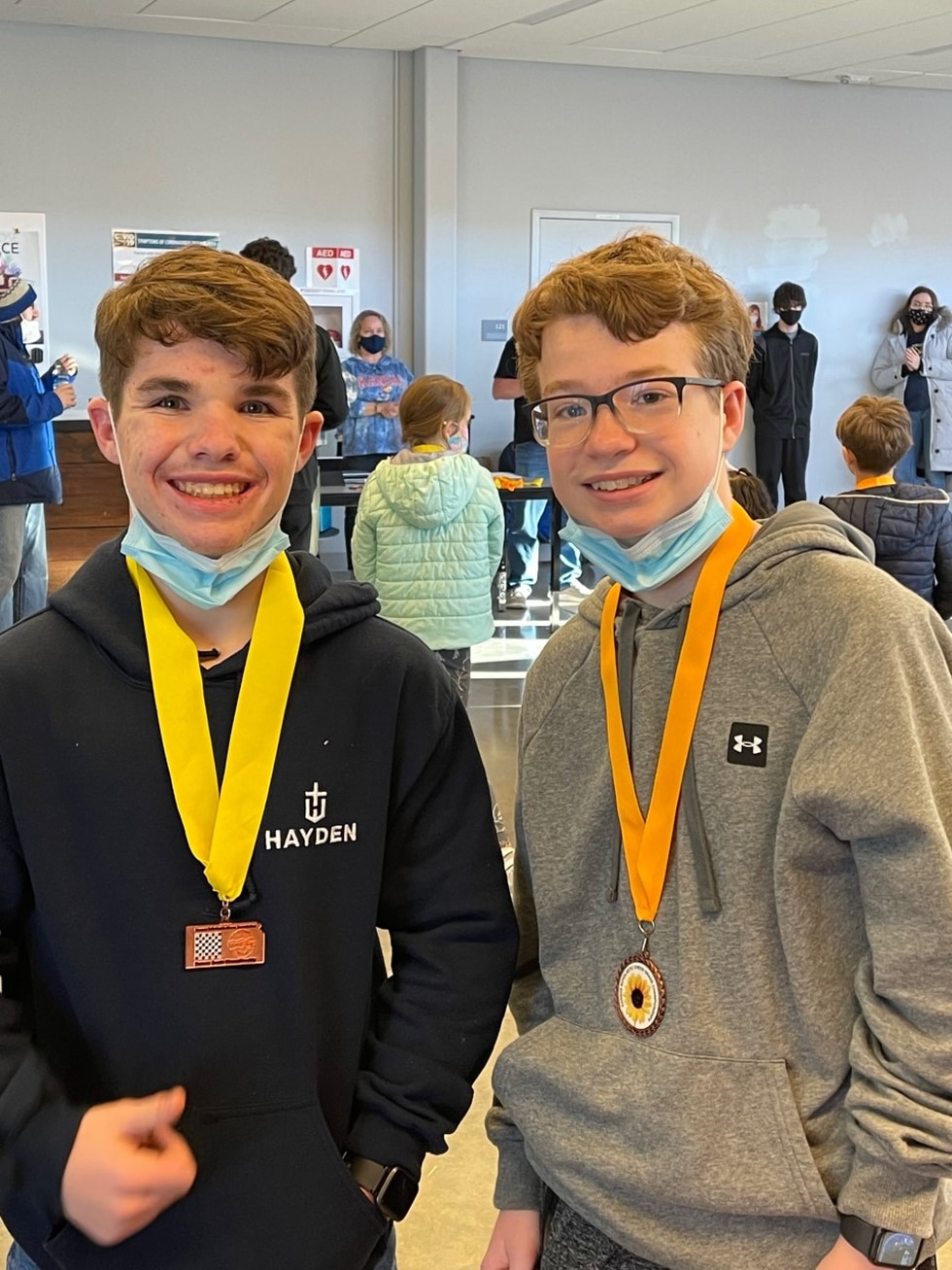 TOPEKA (WIBW) — Matthew Samich and Ethan Rochford, two freshmen at Hayden High, love chess. About four years ago the school had a very strong chess team, then it fell apart because Hayden just didn’t have enough students interested in joining the chess club. These two young men are trying to interest more students. Matthew has competed at very high levels and will play nationally.

Ethan started playing chess in 5th grade at Christ The King Catholic School. He hadn’t really played chess much in the past two years due to tournaments being canceled due to Covid, and no one can really play him at home! Over the past few months, Ethan (the player wearing the glasses) has been playing a lot online and was able to participate in three tournaments recently. This qualified him to go to State in Emporia, where now his rating has really improved recently after getting a few tournaments under his belt. He’s really looking forward to improving his grade even further, and our Good Kids are hoping to put together a chess team at Hayden High.

Matthew’s fatjer taught him the game when he was just a kindergartener and in first grade! Matthew started playing tournaments around 2nd and 3rd grade. He said his most exciting moment was making his best shots in the national tournament in Nashville – and placed 51st in Grade 7. One of Matthew’s proudest moments was last week when he won the Chanute Tournament and had to beat one of the best players in the state. Another proud moment took place two years ago when he was in grade 7 and he moved up to high school and won the high school tournament! The Kansas State Championship was held at Emporia this month, where he was looking forward to playing against some of the state Grandmasters.

Ethan also participated in the State Chess Tournament at Emporia State. He took 16th place out of 124 kids with 4 points. It was a tough competition, everyone he played against was ranked higher than him. There were 124 children in the K-12 section. Matthew placed 5th and Ethan placed 16th. They did fantastic. Matthew had 5 points and Ethan had 4 points. Congratulations to this week’s Good Kids and to the amazing young chess players, Matthew Samich and Ethan Rochford!

Dystrophy does not discourage this chess player