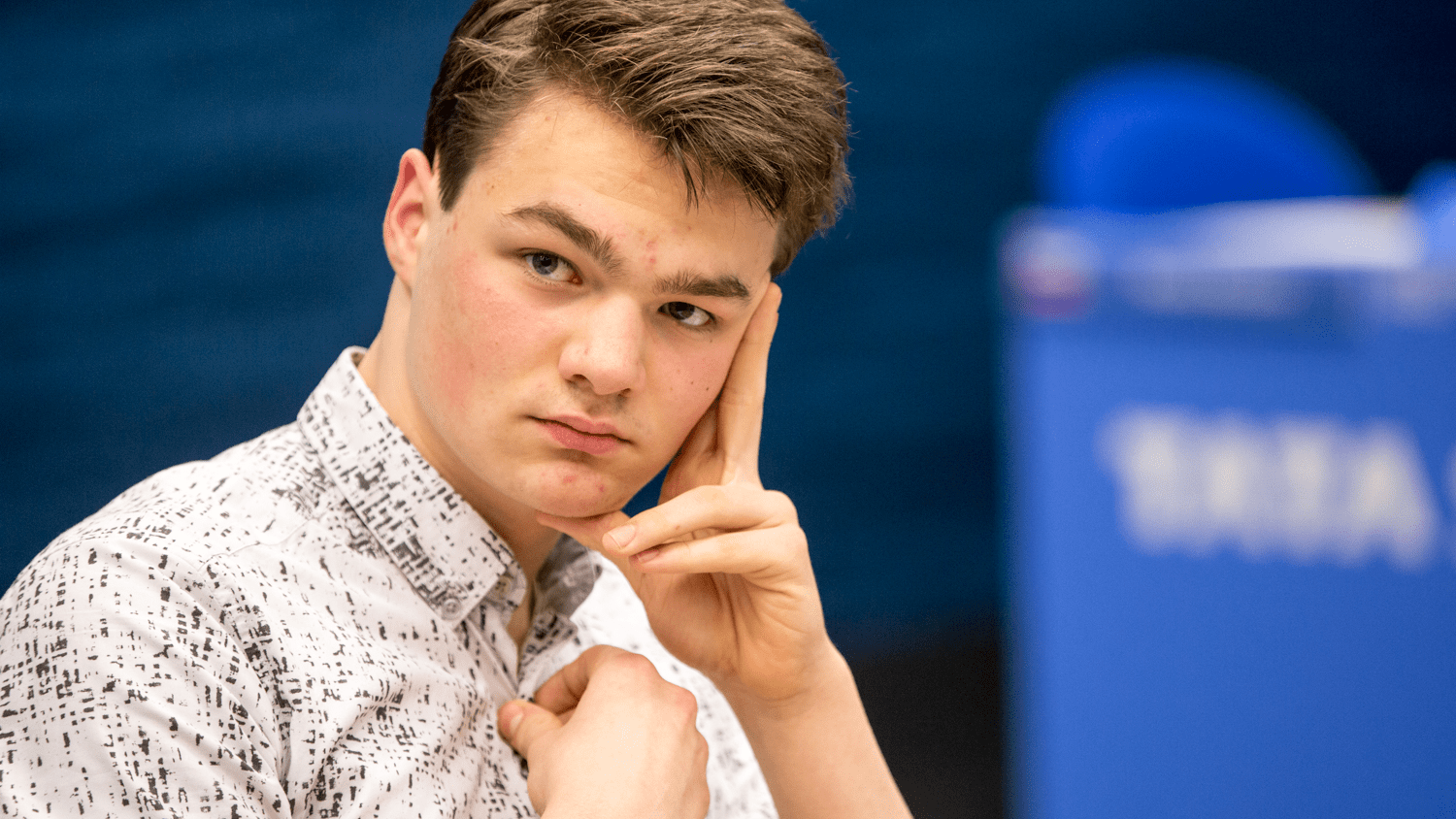 A group of six unsuccessful players brought legal action against the Dutch Chess Federation and the municipality of Hoogeveen. The players objected to a requirement at the next Dutch Championships to show a corona pass or be tested daily, which they believe will bother them too much.

The players asked during a court hearing on Wednesday that the required corona pass would be canceled or that the tournament would be held at a different location, where a daily coronavirus check is not required. Among the players were reigning Dutch champion GM Lucas van Foreest as well as his 14-year-old sister Machteld, GM Sipke Ernst, IM Miguoel Admiraal, IM Migchiel de Jong and FM Ivo Maris.

The Dutch Championships begin this Friday in Hoogeveen, a town in the north of the Netherlands that has hosted a solid chess tournament every year since 1997. The town hall of Hoogeveen will be the venue for the national open and women’s championships this year, where eight women and 24 men will play, alongside an open tournament with 130 other players.

TThe problem started when the Hoogeveen city council decided at the end of September to classify tournaments under the category of official events (over several days), which also includes, for example, concerts and festivals. Participants must present valid proof of vaccination or corona recovery or a negative test for such events daily.

The Dutch Chess Federation contacted the players to inquire about any objections among them and noted that they existed. After that, attempts were made to overturn the decision of the city of Hoogeveen and remove the tournaments from the event category, but to no avail.

Hoogeveen argued that he has an exemplary function as he is responsible for the application of corona measures. This is why the city considers the standards for events in its own town hall to be higher than what is strictly necessary.

After a board meeting, the Dutch Chess Federation informed players on October 7 that they had decided not to change locations but to keep the tournaments in Hoogeveen, thereby accepting the required corona pass. In its letter to players, the federation argued that a last-minute decision would damage its relationship with Hoogeveen as one of its long-term sponsors of a major annual chess event and a sub-sponsor. championships in 2021.

Most of the chess events that were possible during the pandemic did not fall under the category of events. Hoogeveen’s strict Covid policy means a change from the tournament’s original regulations which only required a Covid test in case a player shows symptoms. These regulations were based on the National Olympic Protocol for High Performance Sports.

In practice, the daily tests, to be done in the morning before the matches, will only be necessary for unvaccinated participants because a vaccinated player will be able to show his QR code on his phone. The group of six, some of whom are not vaccinated and some of whom have gone to court on principle, claimed that a morning test would interfere with their preparation and are therefore “not desirable for a fair battle for the title.”

In an interview on Monday, defending champion Van Foreest, who is the younger brother of general manager Jorden van Foreest, said he would not defend his title in the event the corona pass requirement is upheld. He pointed out that during the recent European Championship in Reykjavik, all participants were tested, once at the start and once at the halfway point.

â€œIt’s fair,â€ Van Forest said. â€œIn the Duch Championship, unvaccinated players have to be tested eight times. Chess games can last up to six hours. Then, it’s not very comfortable if you have to worry about a test the next day. Vaccinated players have nothing to fear. This is how you create an uneven playing field. “

Two players announced ahead of today’s hearing that regardless of the outcome they would play anyway: Machteld van Foreest and Sipke Ernst. The other four players will cancel their participation, now that the judge has chosen the side of the federation and Hoogeveen.

In the verdict, the judge ruled that the tournament could not be considered an amateur sports tournament and that current regulations do not allow the organization of high-level sports competitions without participants having a corona pass. A municipality is eminently obliged to comply with these regulations because it is the competent authority which must monitor compliance with these regulations.

“I have declared that I will not be in the tournament now,” De Jong said in an initial reaction after the judge’s ruling. “In my case, it’s a shame, because it’s the first time that I have qualified, at 49. So it was a golden opportunity. I want to say that I would have loved to participate but not under these conditions . “

“I don’t think the judge’s intention was to behead the tournament, but I think the Dutch Chess Federation could have thought about it more,” said Doeko Bosscher, the lawyer who represented the chess players, adding : “It’s unpleasant for everyone; we only have losers here.”