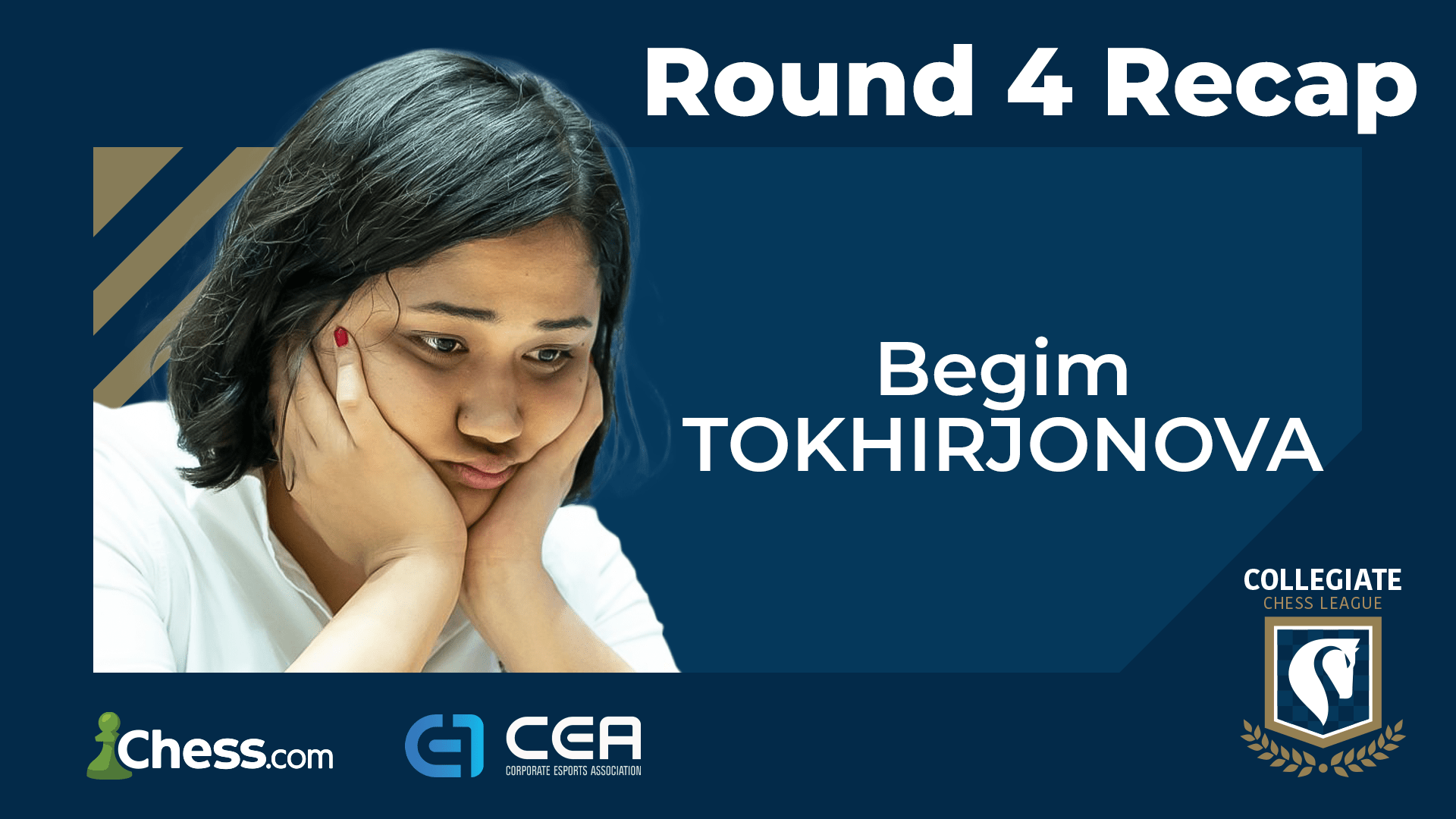 The Collegiate Chess League is officially past the midpoint and teams are starting to fight for playoff positions. With only 3 rounds remaining in the regular season, every point earned could be the difference between being eliminated or not.

UC Berkeley and Mizzou are perhaps the two strongest teams in the entire league, and they have played again for the first time since last year’s final. On this occasion, Mizzou won the gold medal after winning by a score of 11-5. However, Berkeley came back stronger this season and was eager to get revenge on Mizzou’s powerful team. And that’s exactly what they did in Round 4, beating Team Mizzou by a score of 10.5-5.5.

It was the first time Mizzou had lost a game since losing to SLU in the Season 1 Finale. This solid performance from Berkeley proves they have a serious chance of winning the championship with the $ 5,000 prize for first place in Division 1. Mizzou may have lost the game, but he was missing his best player, general manager Oparin Grigoriy, who will be a key part of the team’s success once the playoffs begin.

Here is a great part of the match played by FM Roland Fang against GM Mikhail Antipov of Mizzou with the French Defense. Roland is undefeated in this match with three wins and one draw.

Although the lower divisions have smaller prizes, there is still a lot of school pride involved. Round 4 saw a great rivalry between UCLA and USC. The two rival schools both have five teams registered in the league, spamming in four divisions.

The fourth and final game between these two schools of the regular season was between their two D teams in the fourth round of Division 8. The USC team won, giving them a score of 3-1 on the face. face-to-face between rivals. for this season. If UCLA wants to tie the game, it should come in the playoffs.

Here is a 71-move game from the match played by Ingus Stegis with White. Stegis won three of his four games in the game.

PLAYER OF THE WEEK

Round 4 has had many exciting games across the league, but perhaps the most exciting came at a tournament played in St. Louis. It was not a Collegiate Chess League match, but rather the American Women’s Chess Championship. One of us, WGM Begim Tokhirjonova from Mizzou, was invited to face the best chess players in the country and ended up taking second place overall, behind winner IM Carissa Yip. Begim scored seven of 11 points with five wins, four draws and just two losses.

This is one of Begim’s games from the tournament. It was his victory against Yip, the only defeat of the international master in the whole event.

CLIP OF THE WEEK

This week’s clip is from the Division 6 Duke D-University of Constance game.

The 5th round begins this Saturday, October 23.

Division 2 will have UC Berkeley B vs. UCSD A.

The full list of pairings can be found here, and the frankings for all divisions are available here.