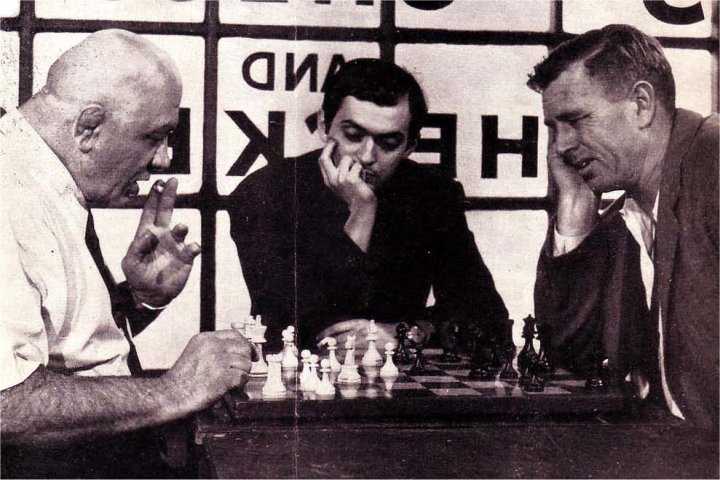 With movies like Dr Strangelove, 2001 – A Space Odyssey, Clockwork Orange, Barry lyndon, Full Metal Jacket and Eyes wide closed Kubrick wrote the history of cinema. But his first film, as he himself puts it, “serious” was The slaughter from 1956.

Kubrick, born in New York on July 26, 1928, was also an avid chess player, and in his youth he was a frequent guest of the “Chess and Checkers Academy”, the so-called “Flea House. “. Here, visitors from all walks of life, including celebrities such as Marcel Duchamp or Harold Schonberg, New York Times music critic and author of the book Grandmasters of chess, got together to play Scrabble, Bridge, Backgammon, but especially Chess, until the early hours of the morning. Sometimes for little, often for a lot of money. In a back room, the owner occasionally hosted a game of poker – a violation of the gambling laws of the day.

In The slaughter, Kubrick recalled his visits to the Maison des Puces and gave a small role to a regular at the “Academy”: professional wrestler Kola Kwariani. Kwariani was born in Georgia on January 16, 1903 and won numerous wrestling titles in Europe. He later moved to New York, where he made his money from exhibition fights and as a coach. He weighed 130 kilograms and other guests at the flea house claimed he could play blitz for five to six days without sleeping.

For many years William Hook, a New Yorker who later became a record-breaking participant in the Chess Olympics aboard one of the British Virgin Islands, was a regular at Flea House. In his autobiography, he writes about Kwariani:

“[He] was a professional wrestler with cauliflower ears […] known as “Kak-Kak”. He would arrive around 11 p.m. from the nearby Madison Square Garden, freshly showered, but usually sporting small cuts and bruises from his matches. Of course, this huge man had an intimidating effect on people, but he was apparently gentle in nature. During a game, however, […] his deep voice would suddenly burst at his opponent in an unintelligible tongue, and everyone’s heads would turn in apprehension. “(Bill Hook, Addicted to chess, New to chess 2008, p. 24).

The object of the brawl is to distract the cops and security guards to give Clay time and the opportunity to steal betting proceeds at a racetrack. Obhoukoff agrees and Kwariani gets a concert where he can show off his wrestling skills during the protracted brawl.

Kwariani died in 1980 at the age of 77. He was stabbed by a gang of youths who attacked him after a quarrel outside the flea house. Kwariani was seriously injured and died of his injuries in a hospital.

A German version of this article first appeared in Karl 03/2015.