Chess originated in 6th century India. At the time, it was called Chaturanga, modeled precisely on the military forces of that time: infantry, cavalry, elephants and tanks. Even today, many chess enthusiasts tend to exaggerate this resemblance between chess and war. The military symbolism of the coins is still there, but that’s where most of the similarities end.

Unlike modern warfare, chess has clearly defined rules and equal strengths. Chess is also called a “perfect information” game. There is no fog of war. Players have access to everything there is to know about the enemy. This means that it is almost impossible to reproduce aspects like deception and betrayal on a chessboard.

However, espionage is another matter.

It turns out that on rare occasions certain courageous pieces venture so deep behind enemy lines that for a brief moment you wonder; How the hell did that (spy) piece get there?

Is this white tower in b8? In the end, he got there as a result of a series of perfectly logical moves.

In the next informal game of the 19th century, a spy operation orchestrated by a simple infantryman ended up being much more successful. This led to a picturesque final position in which the brave pawn literally joined the enemy ranks. 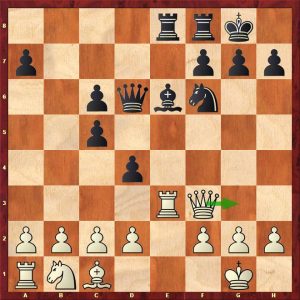 White saw that the natural 14.Re1 would collide with 14â€¦ Bg4. Therefore, he played the hope 14.Qg3 offering an exchange of queens. What awaited him was a nasty surprise. 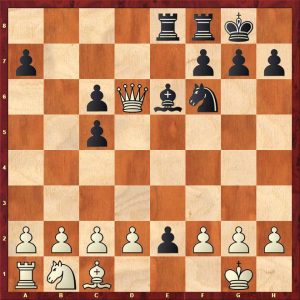 White has resigned because he has to abandon the Queen.

Another such curiosity occurred during the 1972 Soviet Team Championship in a match between two famous masters. The game started with the English opening and this mind-blowing position was on the board after ten moves. 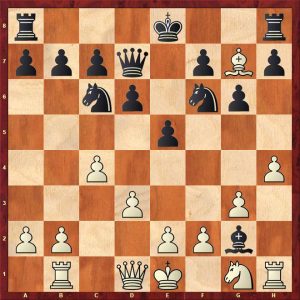 The position is so bizarre that it looks like some kind of prank. Surprisingly, there is once again a perfectly logical set of previous moves.

The blacks ended up in the lead afterwards 11.Rh2 Ng4 12.Bxh8 (Rxg2 Rg8) Nxh2 and ultimately won the match comfortably.

After seeing examples of a rook, pawn, and spy-type bishops couple, it’s now the turn of the slippest client of all, the knight. Your columnist was fortunate enough to witness the following exciting ending in a match between two of our own. 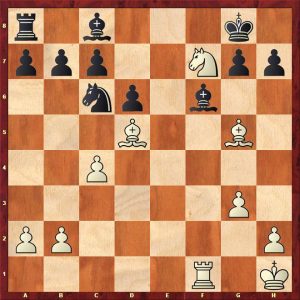 After 20.Ch6 + Kf8 21.Cg8! the knight found himself in the most unlikely place. Black, a former national champion, thought he could take the lead after 21â€¦ Bh3 22.Rf2 Re8. Can you understand how the game ended? 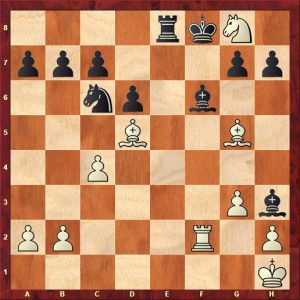