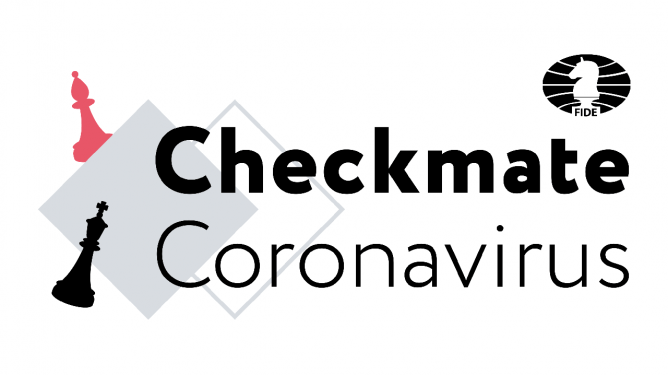 Checkmate Coronavirus: So far, 1,500 tournaments in 17 days, anyone can win prizes

the FIDE Checkmate Coronavirus project has resulted in over 1,500 tournaments being played over the past 17 days on multiple chess platforms. The project runs until June 16 and there are plenty of other prizes up for grabs for players of all skill levels.

The International Chess Federation launched the Checkmate Coronavirus project on May 18. In light of the current global crisis caused by COVID-19, FIDE wants to bring the chess community together with a month-long non-stop online chess festival played across multiple chess. platforms.

After 17 days of the project, the success was overwhelming.

Part of the success is that anyone, i.e. players of all scoring categories, can win prizes unrelated to their scores.

The prizes are awarded by drawing lots in two phases. First, five percent of the players in each tournament receive a coupon, which is distributed on the basis of a random number generator. Players must play at least five matches in blitz or bullet tournaments or three in quick tournaments to be eligible.

Then every Sunday there is a main raffle among the players who got coupons that week. The following prizes are awarded each week:

The first raffle, on May 24, took place during IM Elisabeth Paehtz’s stream.

On June 17, one day after the end of the tournament series, another big raffle will be organized with 40 trips to the Moscow Olympiad (to make 64 in total, the number of squares on the chessboard), 30 matches against one GM, 346 masterclasses and 480 memories.

Ilya Gorodetsky, coordinator of the FIDE project, points out that raffles do not take into account the score in a tournament: â€œYour results do not matter. I came across a ticket that was awarded to a player who did not have any points. wrong; has he played enough matches? It turned out that he had played 17 games and lost them all. But he still had a chance to win a big prize. “

You can still participate in Checkmate Coronavirus and try to win prizes until June 16. Tournaments can be found on Chess.com in the live chess tournament lobby by clicking on the ‘Upcoming’ tab and finding the time check of your choice. If a Coronavirus Checkmate arena is already in progress, you can join it by clicking on the “In progress” tab and join at any time!

A total of 700 prizes (and 800 souvenirs) will be awarded, one for each hour of the tournament series, with all participants eligible regardless of their tournament scores.

The tournaments offer quick checks, blitz and bullet time ranging from 1 + 0 to 10 + 2. The fast arenas last four hours; blitz tournaments, two; ball tournaments, one. Some national federations, such as Denmark and Sri Lanka, organized events which were also part of the project.

The full list of tournaments available on Chess.com is available by clicking here. More information on the FIDE Checkmate Coronavirus project can be found on the official site.

The best chess tournament ever