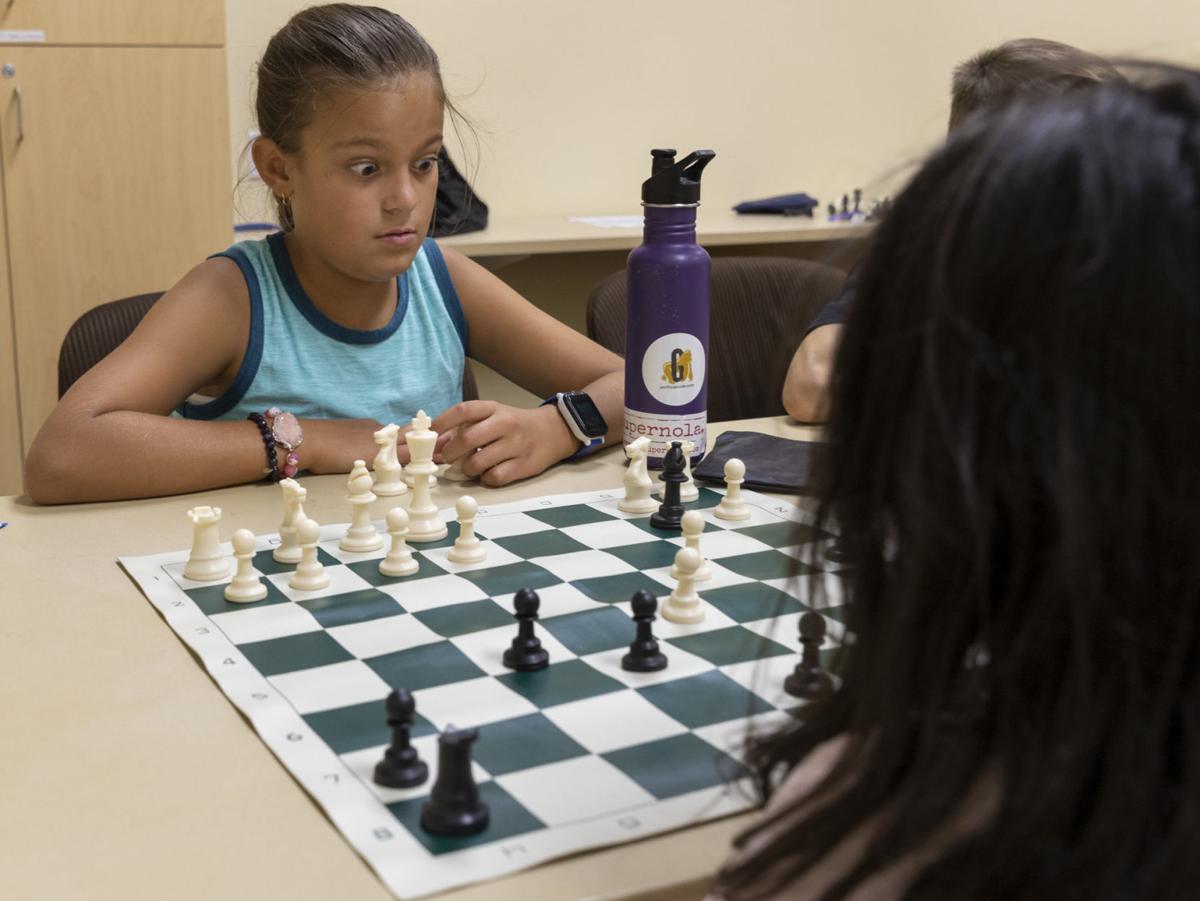 Prairie Elementary School fourth grader Nora Jimenez, left, plays a game of chess against Madison Day Country School third grader Aadya Sharma. The participants say that they like the chess camp because they can play with other young people, instead of a computer, their parents or their siblings.

PAMELA COTANT For the State Journal

Campers had all kinds of reasons to spend their mornings for a week in a room at the Waunakee Village Center learning to play chess.

Simon Marx, a sixth-grader at Waunakee Middle School, said it was natural for him to attend morning Chess Wizards camp since he participated in the school’s chess club.

“I played chess a bit with my friend in the winter,” he said. “I just came to have fun.”

Aadya Sharma, a third year student at Madison Country Day School, said it was a chance to play with other youngsters since she normally plays chess on a computer, her tablet or with her father.

“I like it because a lot of times I’m not patient,” she said. “Chess just helps me strategize and become patient.”

Nora Jimenez, a fourth-grader at Waunakee’s Prairie Elementary School, said she came back because she enjoyed camp last year. She said it was a chance to play with more people than her brother, Brody, a fifth-grade student at Waunakee Intermediate, who was also at camp.