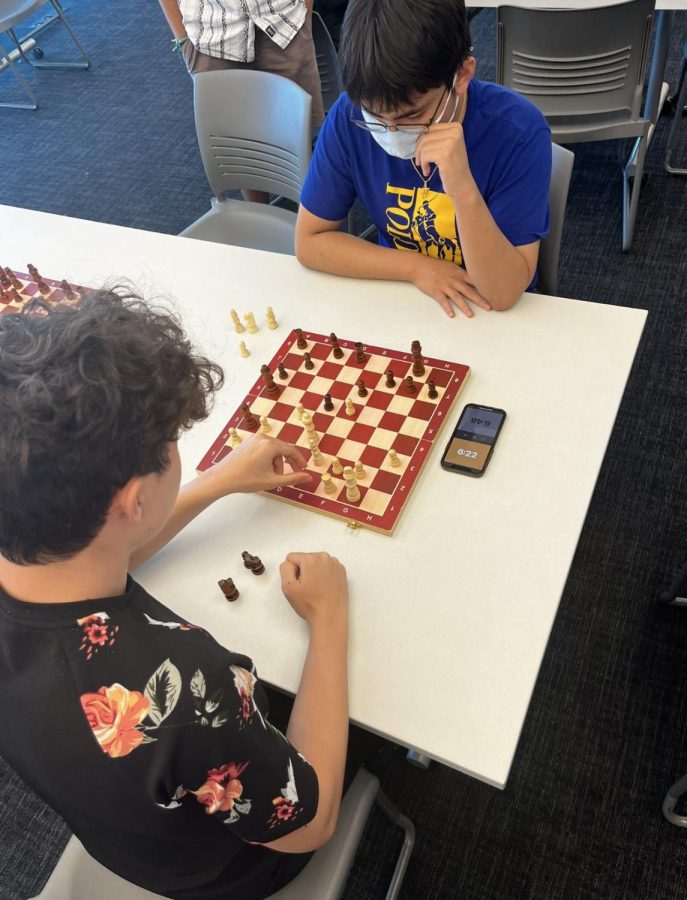 The Becton Chess Club announced its winner, Tim Pineda, as the winner of the school-wide chess tournament and becoming the first Grandmaster of Becton Regional High School. The brand new Chess Club is run by Mr. Malyack. The team participates in various tournaments throughout the year. Pineda, an active and loyal member, is rewarded for winning and becoming the school’s first-ever Grand Master! To define Grandmaster, it is the highest title awarded in chess and a player must achieve certain goals in order to obtain this very prestigious title. Mr. Maylack went into detail about how a chess tournament is organized and run: “We had several boards set up in a room with the top 16 chess players. In the first round we had 8 matches at once and half of the group was eliminated. If a stalemate arose, a quick 3-minute chess match was played between the participants to determine a winner. We progressed through this format until we were down to two players, Lucas Chen and Tim Pineda. Tim won the final knockout match to become the Grandmaster of the tournament.

Being the first grandmaster of Becton Regional High School, Pineda, when asked about his thoughts on the award and title, humbly replied, “It’s great to be able to win the tournament. I had practiced a lot online and at our lunch meetings to prepare for this. During the tournament, I felt nervous because the team has a lot of big competitors. Luckily, I was able to keep my composure and when the final game ended, a wave of relief and satisfaction washed over me.

Pineda is only in his second year at Becton and is already raising the chess game for Becton! Tim states where he sees the team growing and how he plans to help the team for years to come, “I hope next year to try and teach other members of the club the different tactics and strategies I have learned to make us all even better at the game. I started playing chess at Maywood and would like to try to organize a tournament between Maywood and Becton. Overall, I just want to expose the game to anyone willing to try it out. Chess can seem intimidating or difficult due to the many different pieces and rules, but once you get the hang of it, it’s a great fun game that all ages can enjoy.“The chess team has some of the most advanced members in our district, and with leaders like Tim Pineda, they will continue to amaze the Becton family!