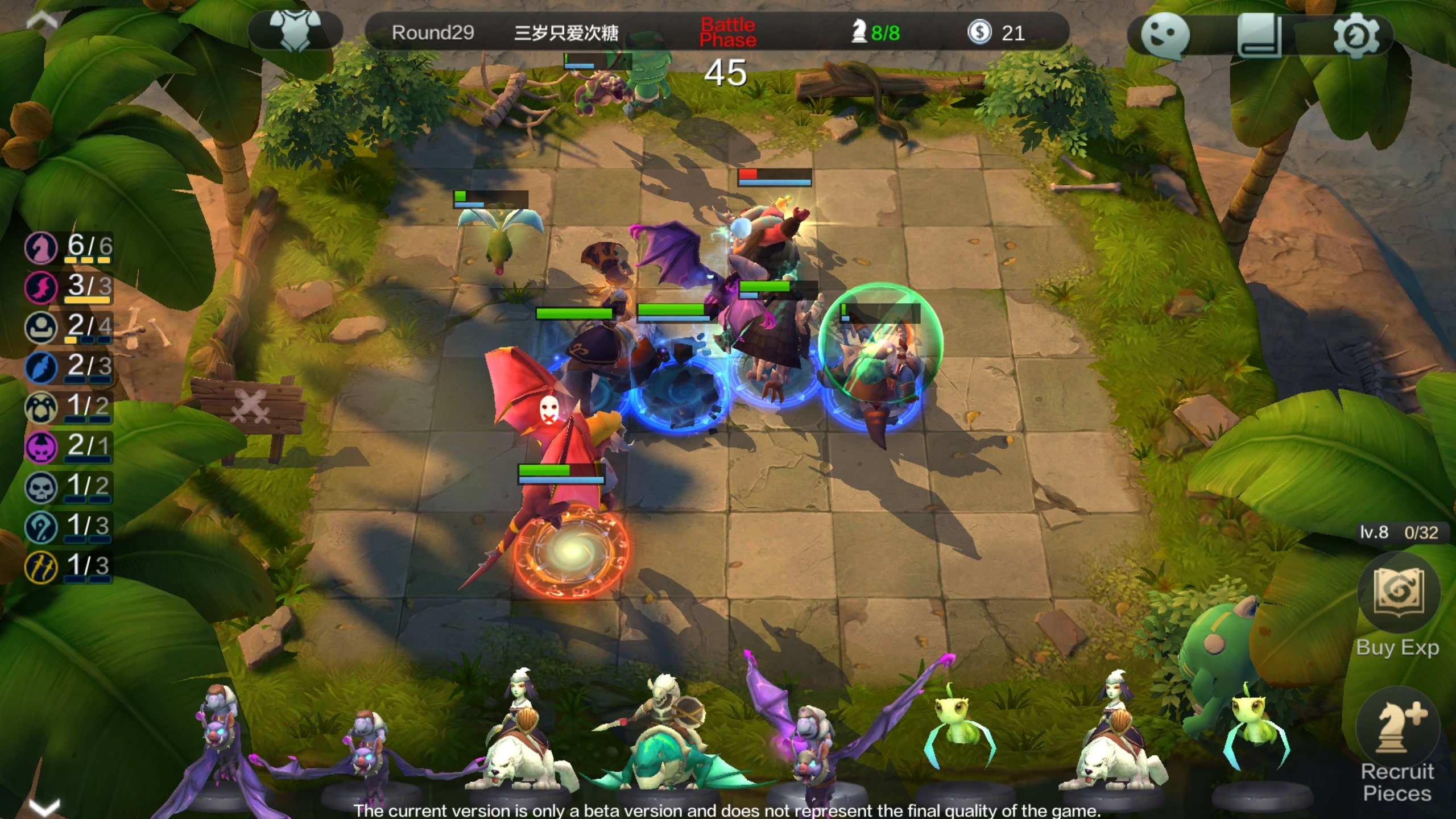 Drodo Studio has released Auto Chess update 1.62, which adds a new chess piece and more! It’s called patch 3.13 by the studio, and players can expect some new stuff as well. Read on for the Auto Chess March 13 patch notes.

Take the symmetrical mirror point in the center of the chessboard as a reference and target the enemy unit closest to this mirror point, swapping positions with the target, inflicting 100/200/250 magic damage and stunning them for 2/3/4 seconds.nFriendly normal attacks prioritize the target for 2 / 2.5 / 3 seconds. Breaks through ability immunity.

Return: unique passive, the bearer’s ability cooldown is reduced by 30% when the summoned dies.

Group Heal: Unique active, recovers 400 HP to the wearer and to the ally with the lowest HP. (CD: 15s)

Soul Return: unique passive, the bearer’s ability cooldown is reduced by 50% when the summoned dies.

Grudge: unique passive, the wearer deals 150 magic damage to enemies within a grid radius when the summoned dies.

Sacred Tree: Unique Active, recovers 1000 HP to the bearer and to the ally with the least HP. (CD: 10 seconds)

Mystic Ritual: A unique passive, each stack of “Offering” increases the wielder’s ability damage by 5%.

Bloody Sacrifice: A unique passive, each offering increases the wearer’s ability damage by 5%.

Witcher[2]: Treats all friendly demons as one type and increases enemy demon types by 1.

4. Taboo Witcher (Soul Break): Burns an opponent’s 30 mana with each attack, dealing bonus physical damage equal to 60% → 120% of the mana burned to the target.

We have reverted the previous setting that chess piece skins must be worn serially. Any chess piece skin from one series can be set independently and matched with skins from other series, allowing you to design your custom skin collocations.

1. The race and class of all parts are mixed.

2. The initial gold is increased.

1.Optimizes the artistic performance of some in-game assets.

2.Optimizes the display of the statistics panel of the damage inflicted and suffered in battle.

3.Creates a new separate tab for exchangeable chests; Chests can be opened in bulk.

4. New in-battle shop refresh mechanic: After a player purchases a piece from the coin shop, the unpurchased piece will not appear in the next three chess piece refresh lists. The same rule applies to automatic shop refreshes at the end of each combat round.

We have optimized more functions, please experience it after the update.