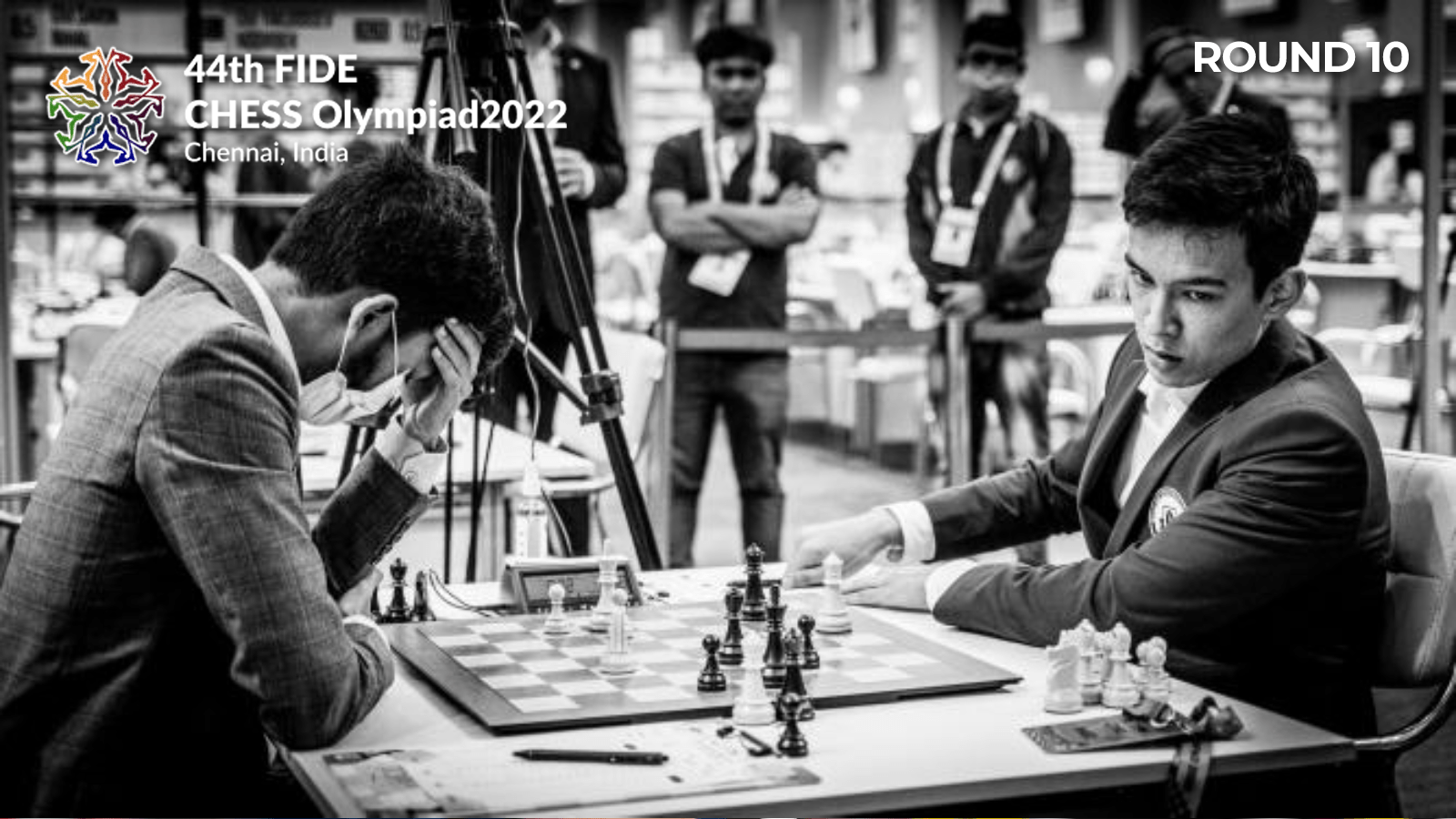 12th-seeded Armenia beat sixth-seeded Azerbaijan with a convincing 3-1 victory to reach 17 match points and become co-leaders at the end of the 10th and penultimate innings of the 44th FIDE Chess Olympiad. Dramatic developments in the fifth hour saw 14th-seeded Uzbekistan draw 2-2 with 11th-seeded India 2 to join Armenia at the top .

The top-seeded United States, who beat 21st-seeded Turkey by a 3-1 margin, and second-seeded India, who beat 13th-seeded Iran, by a margin of 2.5-1.5, join India 2 with 16 match points to keep their medal hopes alive. living.

India beat Kazakhstan by a 3.5-0.5 margin to continue leading the FIDE Women’s Chess Olympiad with 17 match points. Heading into the final round, Poland, Azerbaijan, Ukraine and Georgia are tied for second-fifth with 16 match points.

Because the Open and women’s leaders are separated by just one match point from their second-place contenders, a high-pressure final round is in sight in both sections.

Captains of the Olympiad

It is difficult to define the role and the impact that a captain can have on his team. An active captain can do a lot: training before the tournament, deciding the order of the field, daily preparation for the opening, meeting everyone’s individual needs, psychological consultations (counselling!), presence during matches and finally, a pat. in the back after a game. . But all this is usually subtle: the outside world never knows the full extent of a captain’s work unless they see him on the field of play. The penultimate round showed it all, as the battle for the medals took on dramatic proportions:

With the black parts, GM Gabriel Sargissian won a great victory over GM Shakhriyar Mamedyarov on the first board when the latter made a mistake at the start of the game:

The clash between two youth teams, India 2 and Uzbekistan, was the highlight of the round. The first sparks came from GM Baskaran Adhiban, who decided to let his hair down and play a very risky opening, probably backed by some deep motor-assisted preparation:

After GM Nodirbek Yakubboev vs. Nihal Sarin also ended in a draw, India 2 seemed to be sailing smoothly as they held winning positions in the remaining two games. GM Praggnanandhaa Rameshbabu has indeed converted his advantage. The curious part of his game is that it featured a complicated rook and pawn versus bishop ending that every coach in the world teaches a promising youngster, while secretly knowing it would never show up in practical play:

The fateful encounter between GM Dommaraju Gukesh and GM Nodirbek Abdusattorov is the most dramatic match of the round and our match of the day, and it ended tragically for the former:

After his blunder on the last move of the game, Gukesh kept his hands over his eyes and just let the clock tick. It was a distraught Gukesh who signed the score sheets and left the arena, while Abdusattarov was delighted with his effort.

The United States appeared to be too strong for Turkey as GM Fabiano Caruana and GM Leinier Dominguez gained advantages and appeared to be sailing to their wins:

India beat Iran mainly due to the deciding match between GM Vidit Gujrathi and GM Amin Tabatabaei, where uneven play near time control resulted in a losing ending for Black. This is Vidit’s first win after a first-round win and seven straight draws in this tournament: 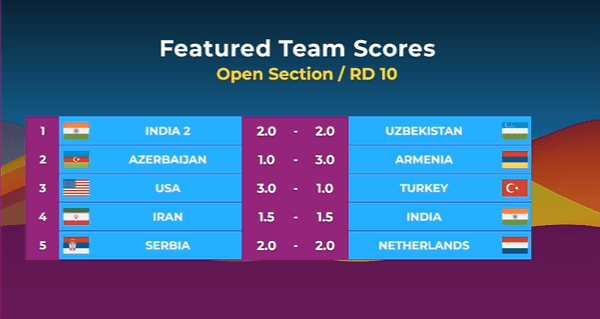 Top-seeded India beat another new co-leader, 10th-seeded Kazakhstan, overall by a score of 3.5-0.5. I AM Tania Sachdev’s game is the most spectacular:

In the second-table battle against Georgia, Poland seemed to have the upper hand as FM Maria Malicka beat IM Salome Melia in a clear round:

But Georgia tied the score at 2-2 thanks to a late blunder from GM Monika Socko, allowing India to once again become the sole leader: 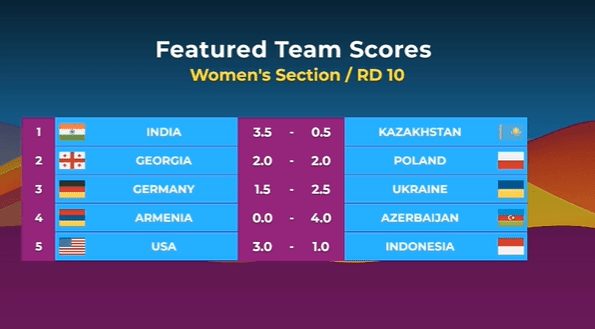 The 44th FIDE Chess Olympiad and Women’s Chess Olympiad are team events where national chess federations compete in classic games for gold medals, trophies and the nation title of strongest chess in the world. The event consists of an 11-round Swiss tournament where each player from one national team plays against another player from the opposing national team. Teams receive “game points” for winning or drawing and “match points” for winning or drawing. The teams with the most match points for each section become their section’s champions, with a third prize for the team with the most points from both sections combined.