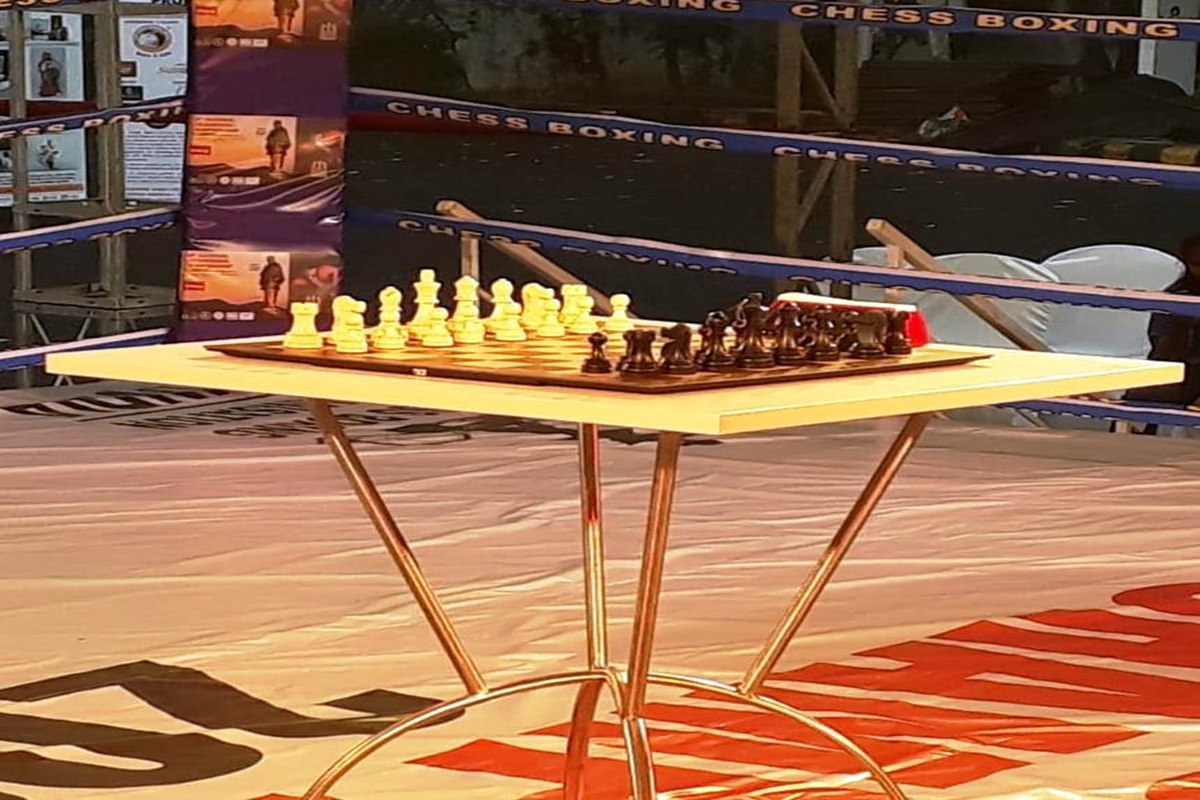 The 10th National Chess Boxing Championship, organized by Chess Boxing Association of Gujarat under the auspices of Chess Boxing Organization of India, was inaugurated in Ahmedabad at Reliance Mall, Shahibaug on September 9th. Taking place from September 9-11, the Championship is also the selection competition for the team that will represent India at the 4th World Boxing Chess Championship in November in Turkey.

“I feel privileged to welcome you all to Gujarat to participate in the 10th National Chess Boxing Championship. This is the very first time that Gujarat has hosted this championship, but I am sure it is the first in a long streak. Chess boxing is a very different sport and tests the power of body and brain. I am confident that this championship will go a long way in making chess boxing a mainstream sport in Gujarat and other regions of the country,” said Ajay Patel.

In his address, the Founder and President of the Chess Boxing Organization of India, Montu Das, said: “We are grateful to the people of Ahmedabad and the Chess Boxing Association of Gujarat for being wonderful hosts for the athletes, chess boxing coaches and officials came from all over the country. There will be many exciting matches on September 10 and 11 and I am confident the championship will be a huge success.

The tournament has different categories including children, cadets, sub-juniors, juniors, youth, seniors and masters, boys and girls, and men and women. It is also the selection competition for the Indian team which will represent India in the 4th World Chess Boxing Championship in Antalya, Turkey from November 12 to 17, 2022. Ankit Dalal, Secretary of the Boxing Association of Gujarat Chess as the carrier of the event, said: “Chess boxing is a sport that requires both intelligence and physical strength. It trains you to deal with blows, find your balance and show sharpness on the chessboard.

A hundred matches will be played on September 10 and 11 with the participation of 120 players and the award ceremony on September 11. The annual general meeting of the Chess Boxing Organization of India will also take place in Ahmedabad on September 10.

“We are happy to host the 10th National Chess Boxing Championship and are confident that it will help popularize chess boxing as a sport in Ahmedabad and Gujarat,” said Mehul Mehta, Chairman of the Gujarat Chess Boxing Association.

Chess boxing is a hybrid sport that combines chess and boxing and requires excellent physical and mental fitness from competitors. Opponents compete in alternating rounds of chess and boxing. The competition begins with a game of chess followed by a game of boxing and so on. The fight is decided by checkmate and overtime in chess rounds, abandonment in chess or boxing, and knockout or referee’s decision in boxing rounds.

Reliance is the venue partner for the 10th National Chess Boxing Championship, while Simulations Public Affairs Management Services is the public relations partner. Electrotherm India Ltd. and Polycable Accessories are the associate sponsors, and Brain Power Chess Academy is the chess partner.

How to Consolidate Student Loans More Than Once